Ok, on this one I’m not talking from personal experience. Meaning, I’ve never pierced my nose. I tried to double pierce my ears once, 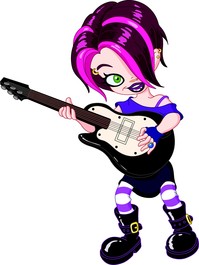 but the new holes kept getting infected and I had to let them close. Hope you’re not eating while you read this. Anyway, the reason I’m bringing up this situation is because there’s this young woman I’ve known for about two years and every time I see her, it looks like she has a bat in the cave. I finally figured out she had her nose pierced. What I realized after this about nose piercings in general is, if you have really wide nostrils like my friend, the stud looks like a booger to the untrained eye. And if the piercing is really small on the outside of the nose, like my friend’s, you might not even notice that the nose is pierced at all.

Word to the wise: If you’re going to pierce your nose, make sure you have small nostrils. Or if you have wide nostrils, make sure people can see it on the outside of your nose (a ring might be a great solution – really hard to miss those). It has to be big enough so we can easily distinguish a piercing from a booger. Nuff said.

What do you think? Have any insights on nose piercings, the good, the bad, and the ugly? Note: If I’m lucky enough to get a book deal, your comments may be published anonymously in, “Wise Before 25, 50 Things Young Women Should Know.”